Posted by Patrick Bayer at 2:56 AM No comments:


A good video about a Chronic Fatigue (M.E.) patient describing his debilitating condition and treatment strategies.   Clearly the base problem is an MDR pathogen (antibiotic resistance).   He describes immune shifting which is a commonality among M.E. patients.   This immune shifting allows other viral agents to reappear.

Posted by Patrick Bayer at 2:42 AM No comments:

I started a forum that explores treatment strategies for protozoa parasites, and the forum has educational material as well as a dialog that provides emotional support for the forum participants.   Many times I have talked with people on the phone about their treatments and inevitably we venture in the emotional/mental side of this disease.   I hear the pain from people who suffer.   I talked with one person who recently lost his job because he simply could not function, and he has a wife who does not understand and quite frankly refuses to understand his plight.   She assaults him with verbal slurs that personally I think should never come from a spouse or from any 'loved one'.

I hear the same story from many people who have fallen ill, they lost their support of friends and family, they are ridiculed because they are sick, they are questioned by a medical system who has no concept of being sick and certainly lack the diagnostic skills to make their patients truly better and by that I mean not providing placebo drugs to mask the true illness.  Please read my post about this issue. 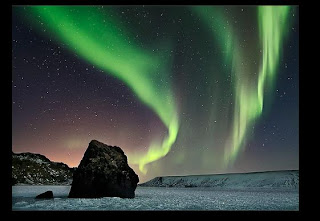 Some of those people believe in tough love which was a popular concept that does not work - in fact it failed.  We need true love not tough love.  True love gives what is needed and does not strip away the dignity, respect and attention that every human being needs to healthy in mind, body and spirit.

I once considered myself a Christian in the most popular term of the word,  but now consider myself a Deist mostly because of the circumstances that prevailed in my life, mostly through this horrible affliction that is caused by parasites.  I lost everything in my life and continue to function below my capacity.  But the parasite is only one part of the suffering, the rest has to do with the world.

My late friend Murray told me something profound in which he said ' the world is a merciless place ', I could not agree more with that statement and I often think about that term when faced with more adversity.   I thank him for those words for I know they are true.  Yes we are rich in materialism but sorely lack in humanity (You say I am rich, I have need of nothing but I say you are blind, poor and evil -Revelation 3).

I don't hold much to the dogma, doctrine and discipline I was taught in my religious journey but I still hold to the spiritual values.  Those are worlds apart and my personal feeling is that Christians fail in that task, they are simply too focused on getting doctrine right but miss the basic message of Jesus which is to love.   Many of them are just modern day Pharisees who self promote their beliefs but fail to keep the message given by their Teacher.  Gandhi said it best "I like your Christ, I do not like your Christians, they are so unlike your Christ"

Some of my conversion to Deism had much to do with the religious people I knew and their treatment towards me, many cases were laughable, some pathetic, many of them cruel*.   Foolishly I followed their advice which in retrospect was nothing more than a guessing game, cheap advice and no action (James 2:15-18).   I would compare this to tarot card reading except with a Christian twist.

To this day, I still hold animosity towards those people who persecuted me for my illness including several key members of the church organisation I belonged to.   Yes I was persecuted by those claiming to follow Jesus which makes no sense to me to this day.   However it would be intellectual fallacy for me to put all religious people into that category like many people do, as I do know of some who truly follow the message. 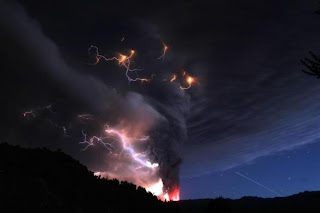 I believe in the teachings of Jesus and I put those teachings in practice everyday, if I fail to practice then I would consider myself the Pharisee.   It really does no good to listen to good advice but neglect it.   Mercy is one of the big cornerstones of these teachings.   Mercy is defined as "a broad term that refers to benevolence, forgiveness and kindness in a variety of ethical, religious and legal terms"

Modern society suffers from a defect in mercy, at least that is my opinion.   Clearly we live in an entitled society that must not feel the imperfections of the world and will do its best to avoid it at all costs, we surround ourselves with things that make us comfortable.   Understanding begets Empathy and Empathy should birth Mercy.

We give mercy because we are in a better place than the person who is granted mercy.   "I was hungry and you fed me, I was naked and you clothed me"  (Matthew 25).   Yes it is true, many people are lacking in varied ways.  Some suffer with loneliness, some with poverty, others with fear or sickness.  So please look past yourself and realize that people are suffering and they need your help at the very least your understanding, after all that could be you.

One of my favorite songs:
http://www.youtube.com/watch?v=kh5uUfn_OvQ

*There were several instances in which I was degraded by Christians with the idea that I was the one who was at fault. One such incidence was after falling ill with my parasitic condition I was thrown under the bus from the council I was appointed to.  Not only thrown under the bus but run back over a couple of times by the three hypocrites (two with religious pride, the other a coward).  I was asked to do comprehensive work that was unpaid of course, which I did according to the outline of the project.   My work was destroyed but I was never called on again, no thank you, no nothing.   I will never understand how these people can claim to be called of God and yet think they are greater than Him.   They obviously were blown up with pride, the pride of the Pharisee.   Never again will I trust any person claiming to be 'of God'.  Never again.

Posted by Patrick Bayer at 6:08 AM No comments: