Patrick Bayer
Curriculum vitae is a latin word that simply means 'the course of my life', it is a compendium of knowledge and experiences that we accumulate in our lifetime.  For me that driving force has been my disease, in which I developed severe Myalgic Encephalomyelitis or ME.  This condition was sadly called chronic fatigue syndrome which is nothing more than a wastebasket diagnosis according my friend.

At age 24, I inherited the leadership role at our family business predicated by an incompetent physician who took my father's life with a lethal dose of drugs to manage a diabetic condition.  From what I hear, he was too busy socializing rather than reading the journal articles that spelled out the lethal drug combination.  It was this event that catapulted my ME into deeper territories.

I had suffered with ME for most of my  life, by age 14 I began to exhibit clear signs of ME most likely due to one the many viruses that can be attributed to ME, of course viruses are not the only culprit in this condition.  I also believe that mercury poisoning from dental fillings, Vitamin D and magnesium deficiencies and a parasitic worm infection contributed to the disease. 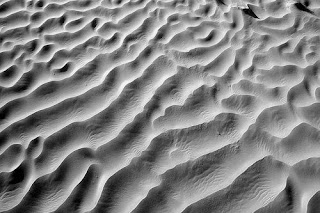 Cortisol is a powerful drug that your body uses to maintain homeostatis.  Homeostatis simply put is balance, in which the body uses a number of modulators to help the body stay in some sense of normalcy.   Cortisol is released under stressful conditions be it psychological in which it is most closely associated but cortisol is released under physical, mental or biological stress.  Biological stress is the least understood of the stressors and includes infections both acute and stealth infections which most ME patients have.  Biological stress also comes from inadequate nutrients such as magnesium and vitamin D but also from environmental toxins in which Americans are exposed to in various ways.  Mercury is a good example of this and for years it was perfectly acceptable to place mercury in your mouth, of course the ADA denied any wrongdoing and today the silver fillings have disappeared not based on toxicity problems but they are not "cosmetically pretty".

Cortisol is a powerful drug that your body releases that serves a number of beneficial processes, unfortunately when cortisol is released continuously, it begins to have deleterious effects such as suppression of the immune system, changes neurological patterns etc.  It is known as a catabolic hormone in which catabolsm simply means to break down, so it breaks down proteins, fatty acids and other nutrients, it does this to prepare the body for the fight or flight syndrome.   It breaks downs those substances to fuel these stress responses.  As a side note, magnesium losses are significant with high cortisol and  magnesium is so closely associated with both the cardiovascular and immune responses.  This why people suffer from heart attacks and immune problems like cancer.  We blame it on stress when really we should blame it on lack of proper nutrition, particularly magnesium.

It was not the viruses or the cortisol that damaged me but rather I contracted a protozoa parasite that did incredible damage to me.  I developed Cushing's disease from the massive immune response, I became incredibly ill and as I tell my friend, "you don't know sick until you know parasite sick".   It was after contracting this that the wheels fell off.  Sadly, it was up to me to diagnose both the Cushing's and the parasite issue, and to add insult to injury, it was up to me to treat this parasite. 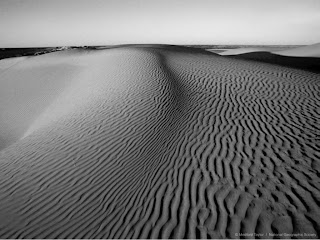 I found out the hard way that the medical system is woefully inadequate in solving these complex problems.  So in an effort to resolve my health crisis, I have been diligent in accumulating knowledge, I firmly believe that 'knowledge is power' and that knowledge saved my life and I have proven that by outliving Cushing's disease by some 15 years.   Medical literature points that Cushing's patients typically have short lifespans following diagnosis - most say 5 years is all you get.   The reason is simply in that Cushing's is cortisol on afterburners.   Cortisol wastes nutrients and nutrients not prescription drugs keep our system in tact.

I have never put all the studies (and my personal experiences with these therapies) down on paper, so here it is:

Detoxification Methodology
Use of specific antioxidants to enhance mobility of toxins
Cellular membrane protection
pH balancing and use of Ionic minerals
Value of electrolytes and detoxification
Zeolites
Clays
Charcoal
EDTA strategies
Liver involvement in detoxification
(I have perfected detoxification approaches which come from several streams and now realize how critical it is to remove the dangerous chemicals not only from the body but from the environment. Without detoxifying then it is much more difficult for the body to recover. Toxins interfere with Krebs Cycles which limits the body's responses)